Do you have any summer traditions? Last night we took part in one of ours to kick off our summer…the Drive In! 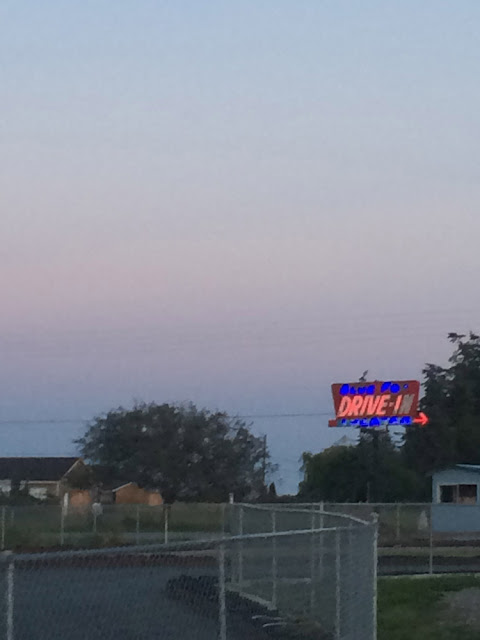 We go to one that my husband has gone to ever since he was little, The Blue Fox Drive In in Oak Harbor, Wa. It's family run, has all the entertainment you could ever want, and is the epitome of summer. And frankly it's the reason this post is late today, as we didn't get home until the early hours of this morning! It takes some work to get ready, but in our eyes it's so worth it!

Going to the Drive In means summer to both my husband and I, and we turned it into a tradition with our girls. I remember being a kid and getting to go to the movies in my jammies, run around and play on a swing set right under the screen, and trying to fall asleep while my parents watched the sure to be a bit scandalous second feature! 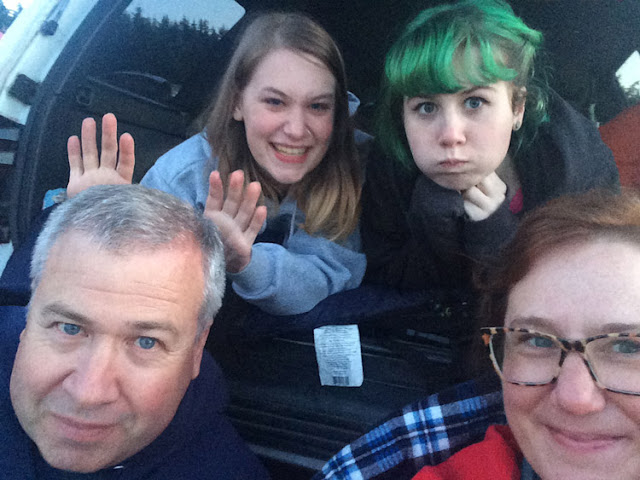 We took our first born to the drive in when she was a baby to one that used to be in our town. I was so ripped up about them closing it, I may have had my husband go by and grab a couple of the letters from the signage that was scattered and forgotten in the sale.

Steve and others that have been going to the Blue Fox say that at one point they had to chase cows out of the area to enjoy a quiet and cow free movie! Last night we saw shooting stars and an owl fly over. It's sometimes (most of the time) not about the movie at all, but the experience. 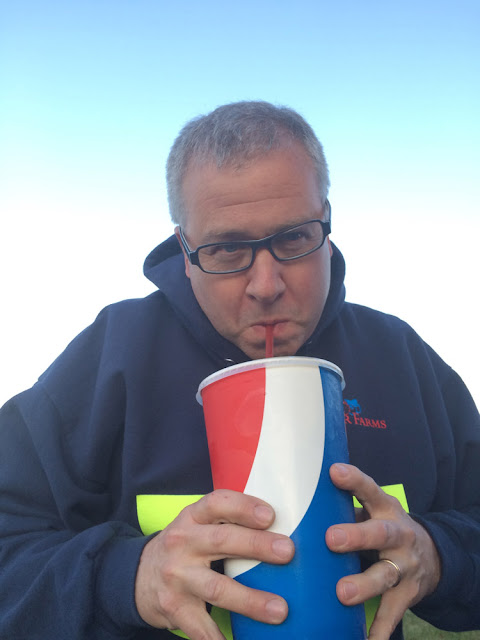 What says summer to you? Making lemonade? Picking berries? Swimming in lakes? Do you make it a priority to do these things, big or small?

I hope to see you out there, making the most of the season!

I think I'm not a Capsule Wardrobe Girl... 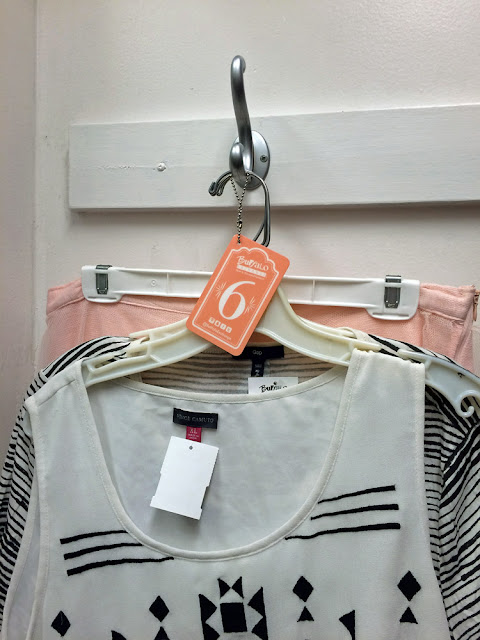 
This may sound really crazy, but I think I may not be a capsule wardrobe girl. Now please don't freak out. I'm not against the movement. I just think I can't fully adhere to it.

If I am making an investment in a piece of clothing I want that bad boy to work for me year round. And living in the PNW we are faced with a pretty temperate climate where a tee-shirt can be worn Spring, Summer, Winter & Fall. I buy a pair of jeans you will see me on those jeans all. The. Time. I'm not exaggerating here!

Some of my best outfits are the crazy ones that are using items that one would expect don't go together. What's better than a plaid shirt warn with a tank? Or a big sweater worn with with gladiator sandals? I think the surprise of the mix is where the magic is. 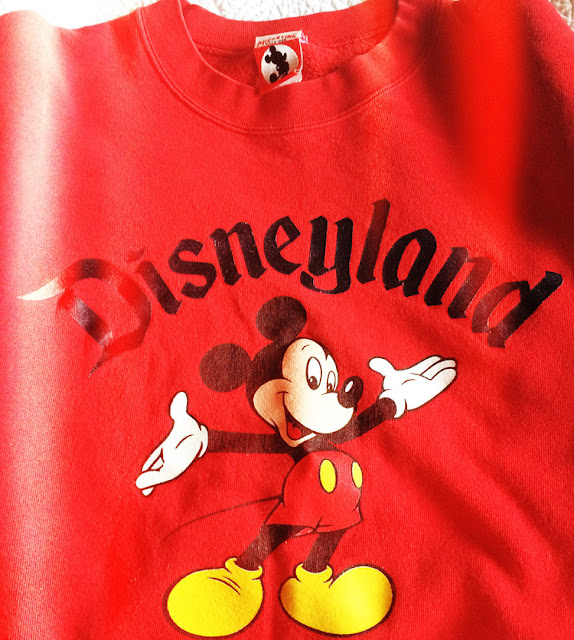 What I do like is the idea of making smart choices and making them count. What I do like is making a change away from fast fashion, and buying from companies that make a difference. I do like shopping second hand and consignment and will always love the thrill of the find.

What has made the biggest impact on really being mindful of my clothing choices? First, the movie True Cost. After a viewing there was nothing to do but make a change. And two helpful blogs that have been great for conversations, guidance and inspiration are Un-Fancy and Truncation. Both reasonable and really helpful.

So, maybe I'm a kinda sorta capsule wardrobe girl. It's made a huge impact on my way of thinking about my closet. Though I will never be able to resist the allure of a teddy bear coat or a crazy shirt that goes with nothing else I own! I'll get there someday!

Recently I read My Year of Yes by Shonda Pierce and have had it rattling around in my mind. So, when the conversation at work turned to one of my co-worker Lexi Hall's passions, Anime and Comic Cons I was intrigued. Apparently enough to agree to take part in one, should it come up.

Well, let's just say it came up! Knowing there is strength in numbers I asked my youngest daughter to join us. She has much more of a knowledge of all things Pokemon and things game related. Lexi, besides designing and building our costumes from scratch, also has her own YouTube station that you can check out here. She was the perfect leader in our first outing…yup, I said first outing. I would so do this again! Here she as Jolteon. 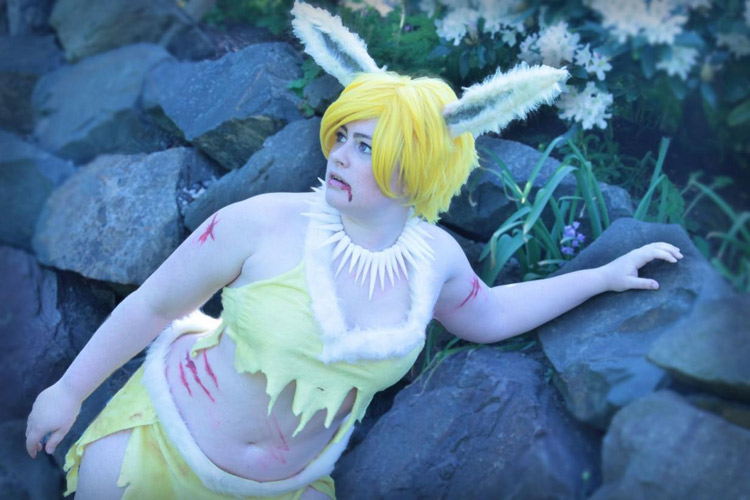 When we arrived at the Convention we could barely take in all the action…and keep in mind this is a smaller show. We took a spin around the Artist Alley where there were many creatives selling prints, keychains, and other handmade items. We made our debut as Jolteon, Umbreon and Sylveon. 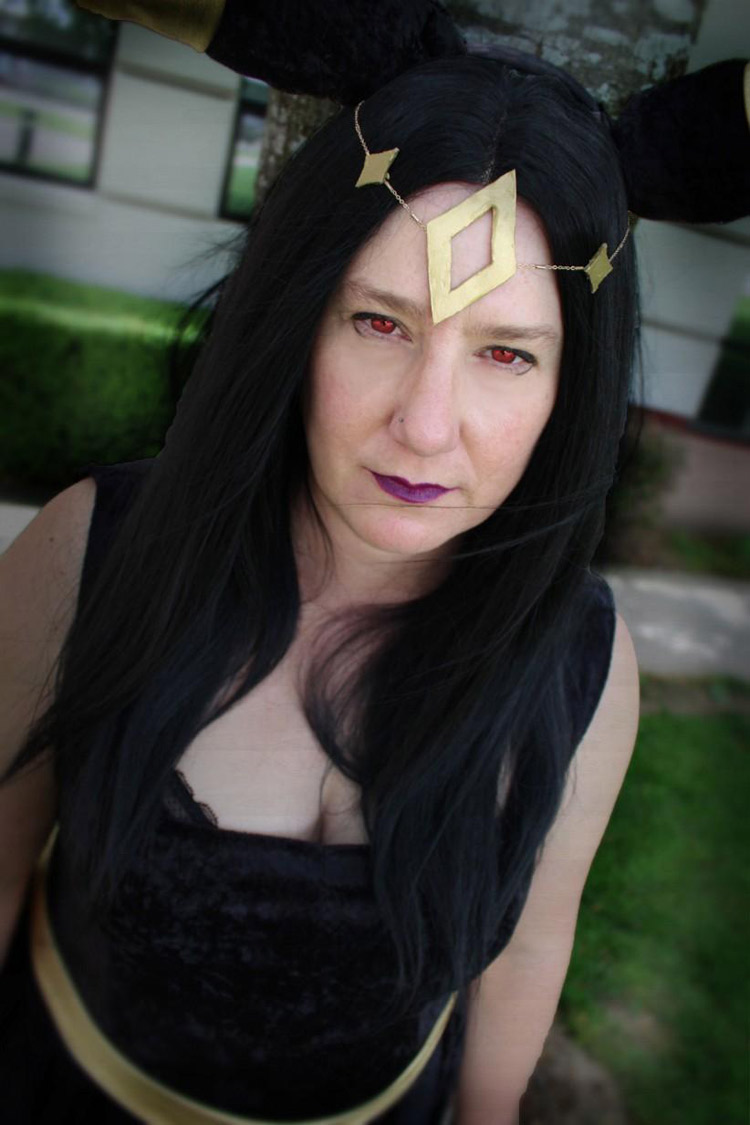 We were stopped several times for photos…either in our group, or with others, and it was such a rush! Being in costume made it so much easier to be uninhibited. And it's an incredibly accepting, encouraging group. 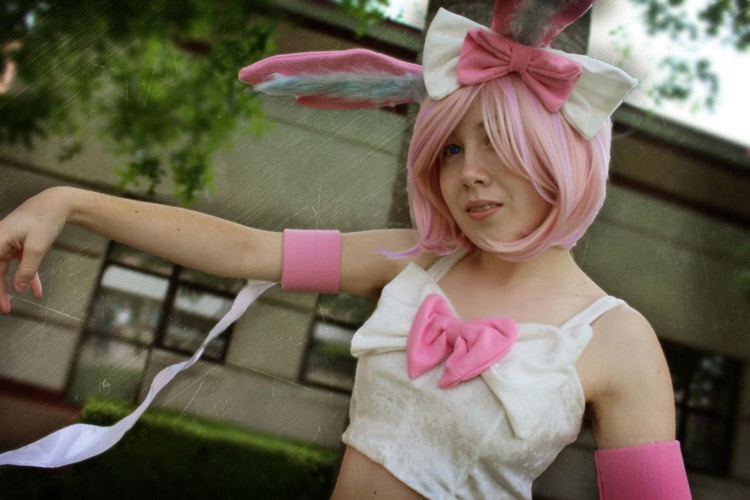 Some people would get incredibly excited to see their favorite character come to life. It's so much fun to see all the creativity. Lexi took part in the Masquerade, which is the costume judging. While she was taking part in the pre-juding Samantha and I took in a panel by Tiffany Grant, an anime voice actor. 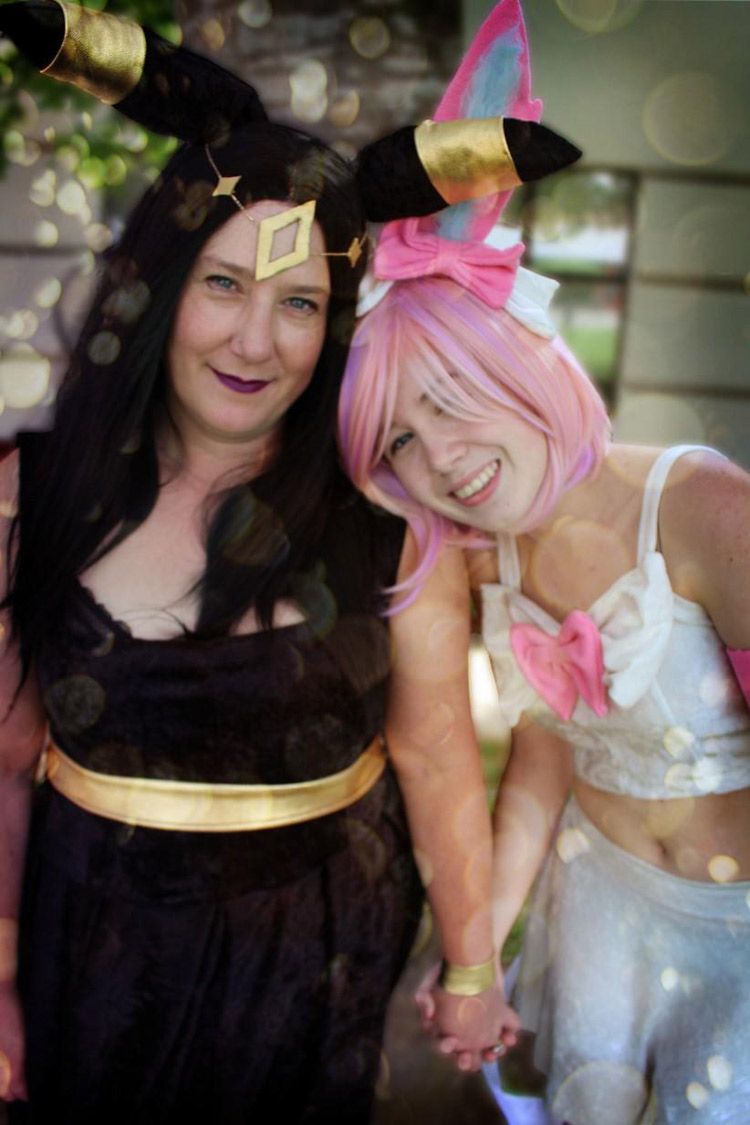 So far I'd say this idea of saying Yes to opportunities that come up is working out pretty well for me. I think I will make it a year long thing as a celebration of sorts of my upcoming birthday. This was the perfect way to celebrate the beginning of it!
Posted by Tammy T at 8:00 AM 6 comments: 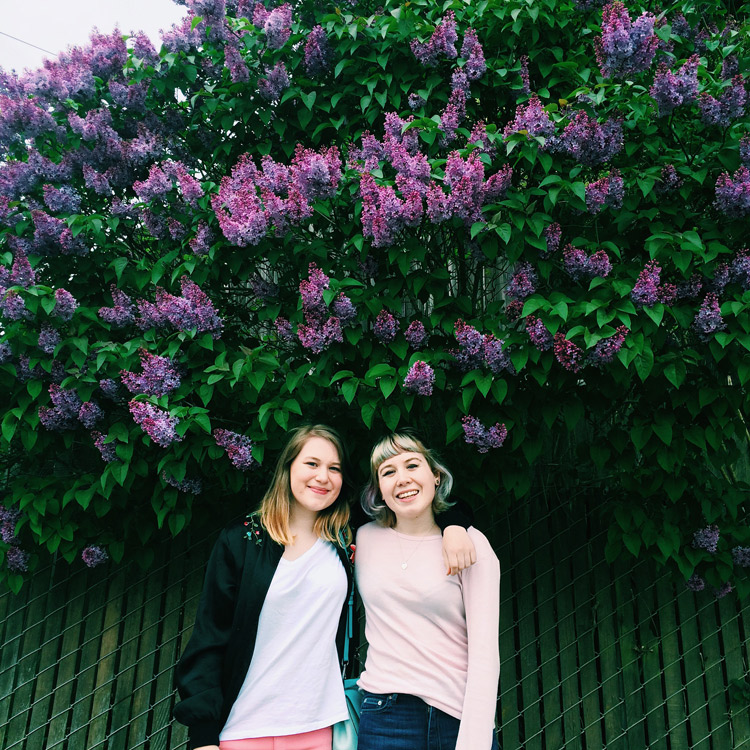 Mother's Day gives me a moment to reflect on the two lives that gave me that new definition. One that took a while to sit well with me. That took some time for me to realize wasn't the only word that defined me…but it would be one of the biggest.

Because these two lives have changed me. They have forced me out of my comfort zone on more occasions than I want to remember. Made me be a confrontative mama bear, and made me understand that to have them stand up for what they need I had to do the same.

So I have changed a lot. And grown. And hopefully I am a more direct person now. And truthful. And loving. And I try really hard to still be fun and spontaneous. And to figure out what they think is fun and to make it a priority. Because they have made my life bigger than I ever thought it could get.

And they have helped me to become who I want to be. Without me realizing it was a journey I needed to take.

To my little girl tribe. I will love you forever.

Thoughts from the Road 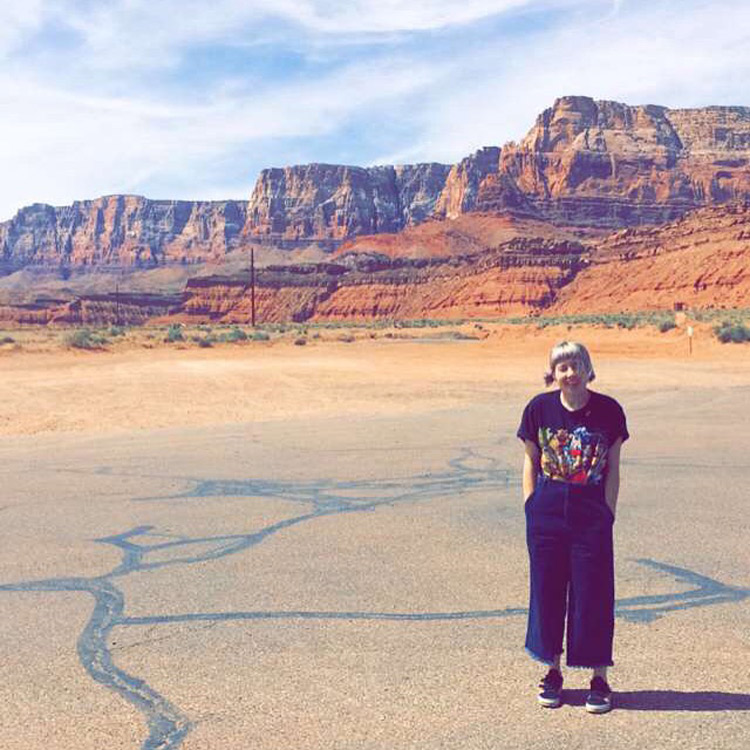 When I agreed to go on a trip with my Mom and my two teenage daughters I thought I was signing up for a road trip, some sun, and maybe a few revelations. What I didn't realize was how much I would figure out about myself.

I didn't realize that I would be led to set a boundary or two. I am not one that loves conflict, especially with my mother. But when it came to letting everyone know where I stand on things…it had to be done. It's not easy, but necessary.

I found that I have a high tolerance for a long day on the road. We had some huge days with a lot of miles and I found it wasn't horrible. Being out on the road was such a rush after being home. And when I say it was a rush, it was probably due to the high speed limits!

Another revelation? Our girls are amazing travelers. They are easy going, can go long distances, and are up for most anything. 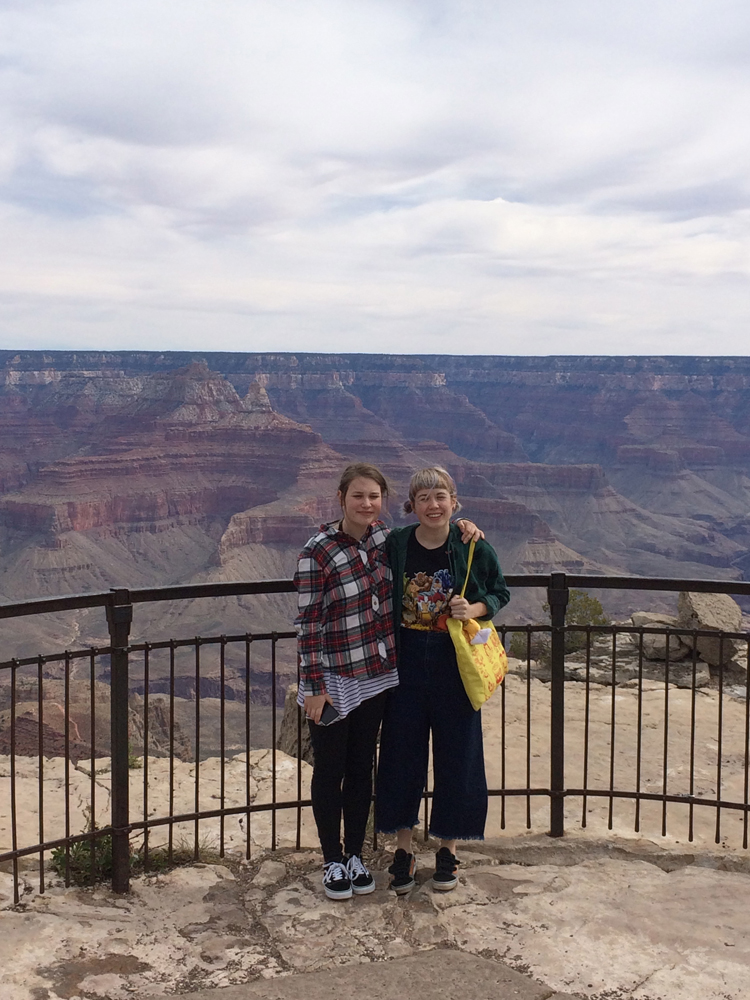 The last thing? I'm so much happier these days just taking photos as a souvenirs. At one time I spent so much time and money looking for the perfect thing to take home. Now that perfect thing is right in my phone. In the candid captures. In the funny shots of food and funky side stops. I guess there was a time and place for my snow globes. I just think of all the money I could have saved just having a few photos developed and thrown in some inexpensive frames…and re-lived the vacation over and over again.

Travel is good for the soul. I knew this, but actually being on the road was a huge reminder. Being out in the wide open spaces of Nevada & Utah after living in the mountains of home was wonderful. And the heat…oh the heat! Being warm to the core was magical! 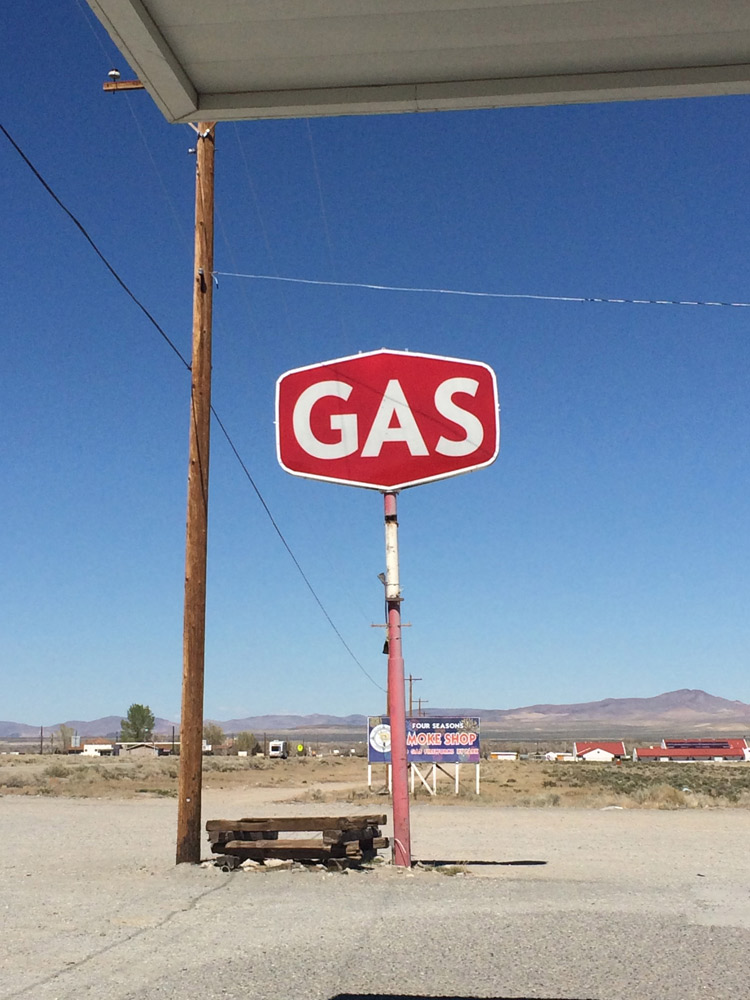 This past trip has me dreaming of our next trip. I'm ready to find out what else I can about myself. Have you learned anything about yourself, good or bad while traveling?
Posted by Tammy T at 8:00 AM No comments: